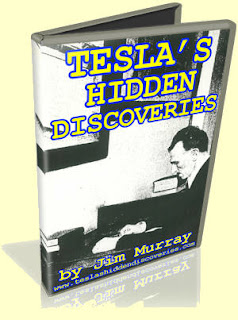 The Fourth Film in the series from the Bedini-Lindemann 2013 Conference is
being released today. It is the presentation that Jim Murray gave at the Conference titled Tesla's Hidden Discoveries. I know that many of you may be having a bit of "Tesla Fatigue" because so many people are saying that "Tesla did this" and "Tesla did that". But really, Jim Murray's presentation is about some of
Tesla's work that I only became aware of recently, myself.


This presentation is a lecture and Power Point Presentation including 82 slides. It
covers Jim's remarkable path of rediscovering Tesla's finding that mechanical
power is relative to the "reference frame" within which it is created. The implication is that if you make power in one reference frame and remove it from
another, there can be either less or MORE power available from the system. This
leads directly to the development of "mechanical amplifiers" and other astonishing
machines.

If this is of interest to you, I highly recommend you listen to this free interview with
Jim Murray on Thursday, August 22, 2013. Here's a link: http://www.youtube.com/watch?v=J5LsrMPS_KM

To learn more about the Conference presentation, go to
Tesla's Hidden Discoveries